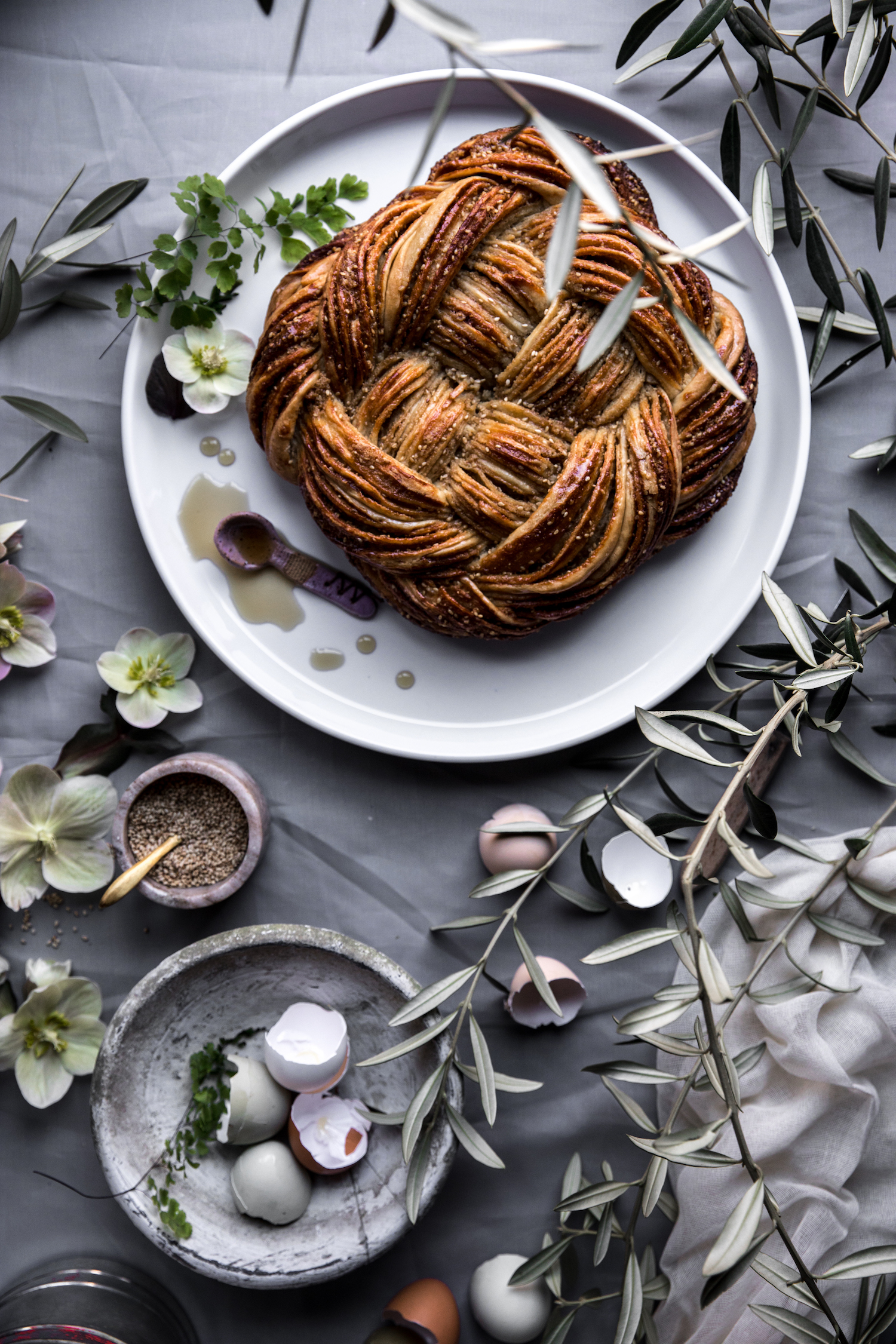 As I continue on my Stems & Forks journey, I’m learning that my recipes are truly about taking the ordinary and making them extraordinary. Such as this weave brioche. I’ve taken this classic weave bread and doubled up on the layers by having 4 tendrils of dough rather than 2 crisscrossing. In fact, altogether there are 8 tendrils weaving in and out, creating a kaleidoscope of sugar, dough and buttered sesame seeds. If you love a more “pillowy” bread, feel free to make this into a two-roll (but with 4 tendrils) bread. I just love having loads of buttery sesame seeds intertwined with the brioche. 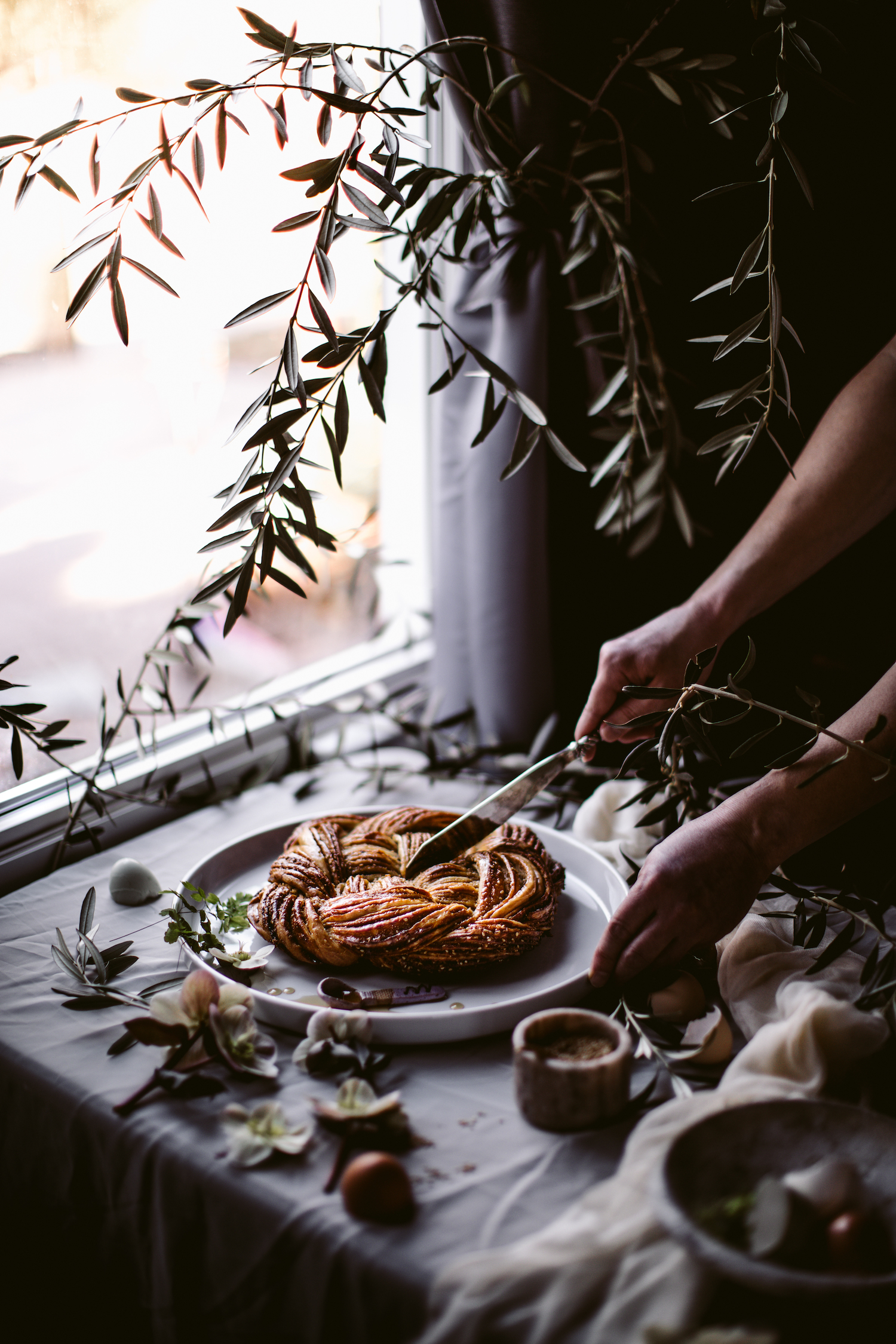 I know you’re thinking, “This looks hard!” I assure you it’s not! If I had to compare it to another task that might seem initially difficult- it’s like sewing a button. Actually, I don’t know how to sew a button. Rewind. Erase. It’s like learning to tie a shoelace. It seems complicated at first, but once you get into it, you’ll find your groove and it’s a cinch. A kid could even weave this bread. It’s that simple. You just need to follow the steps. And the pictures below will make it a no-brainer. I promise.

I don’t say this often, but this has definitely become one of my favourite recipes. I made this on a Friday but photographed it the following day. It was still moist and wonderful. Now I say it’s enough for 5-6 people, and with that being said, my husband and I finished it with a pot of coffee in less than an hour. But I guess my husband and I don’t qualify as normal people. We have no self-discipline when it comes to deliciousness! Make 2 if you expect company.

Wishing you and your family a happy Easter, Passover, Spring. 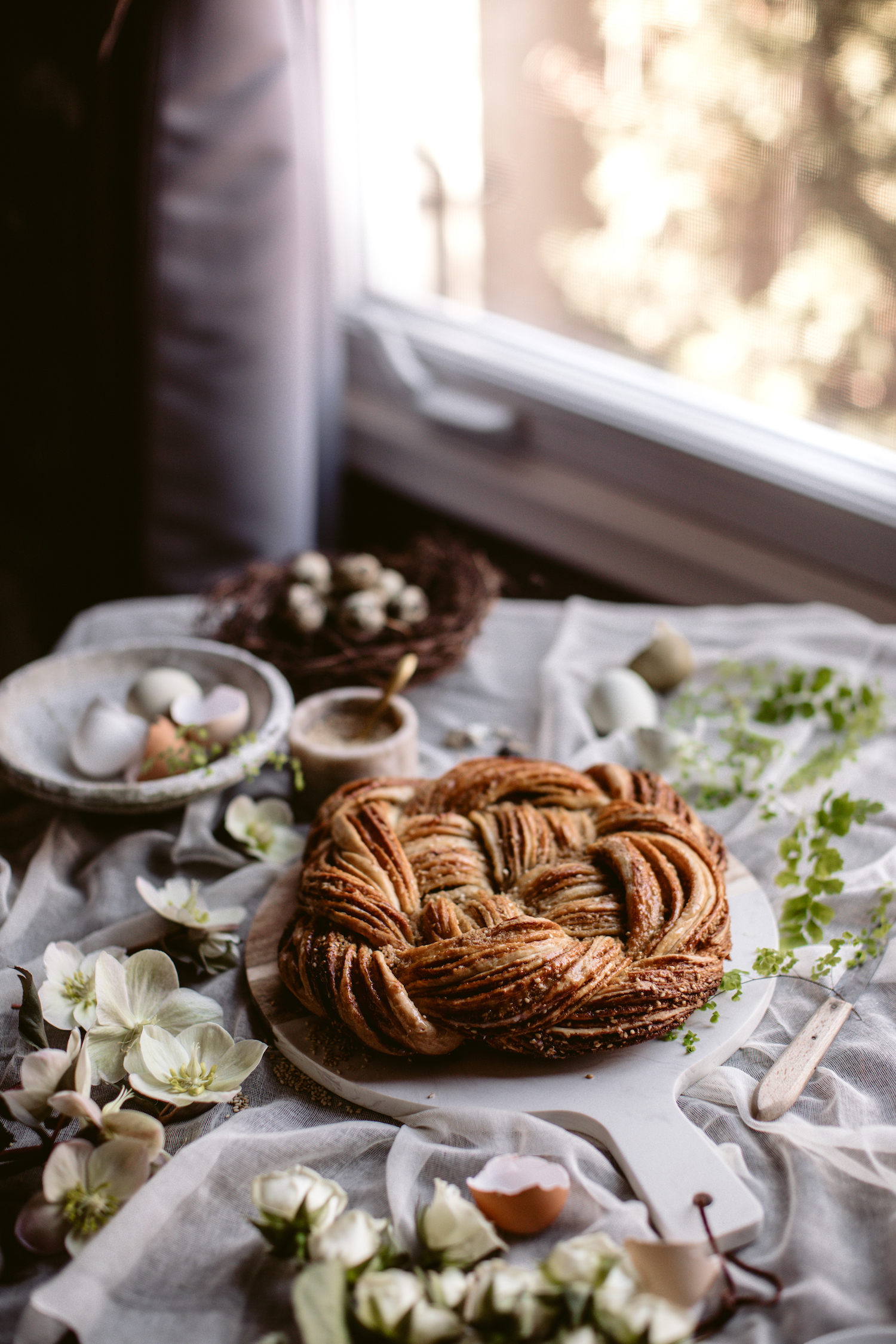 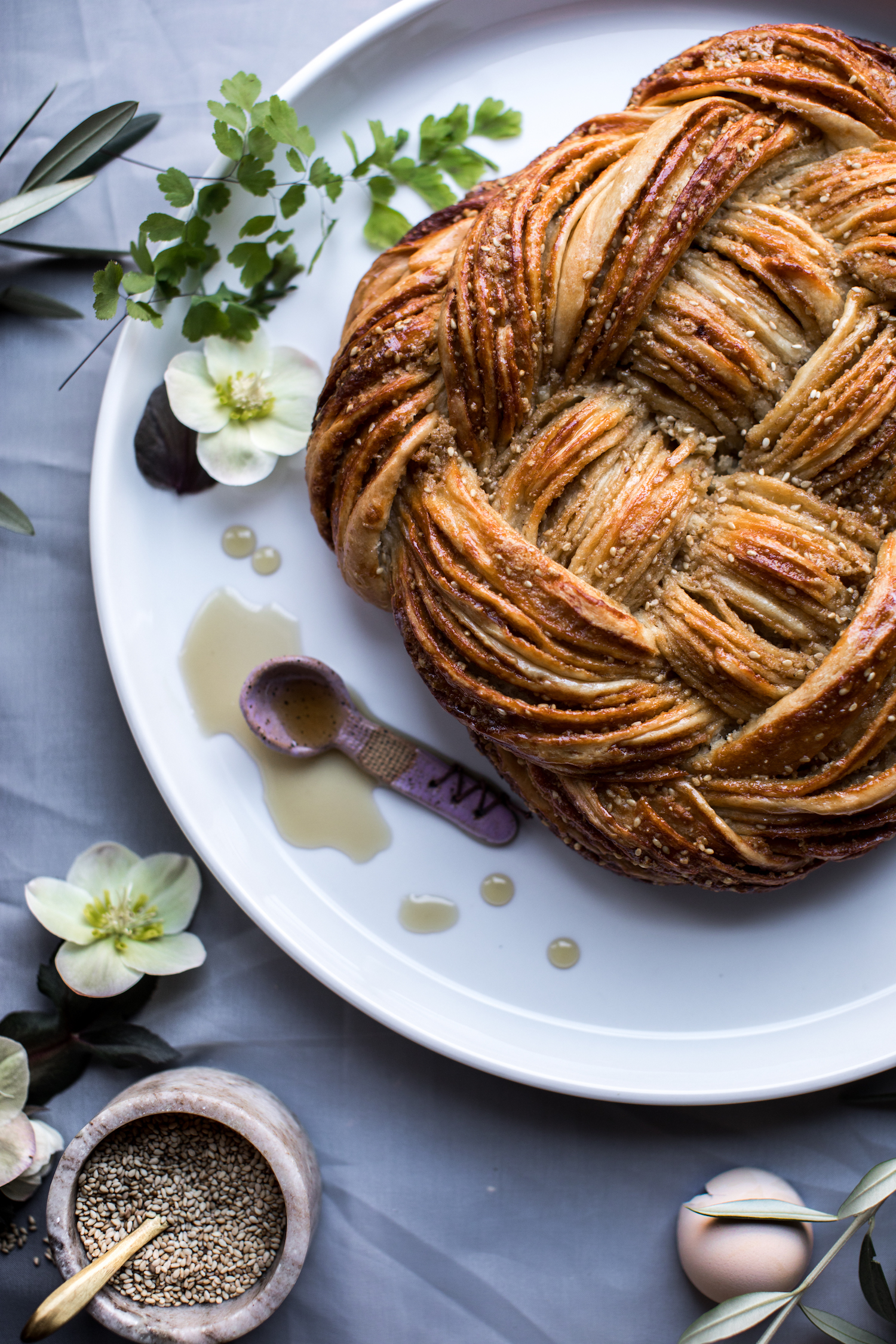 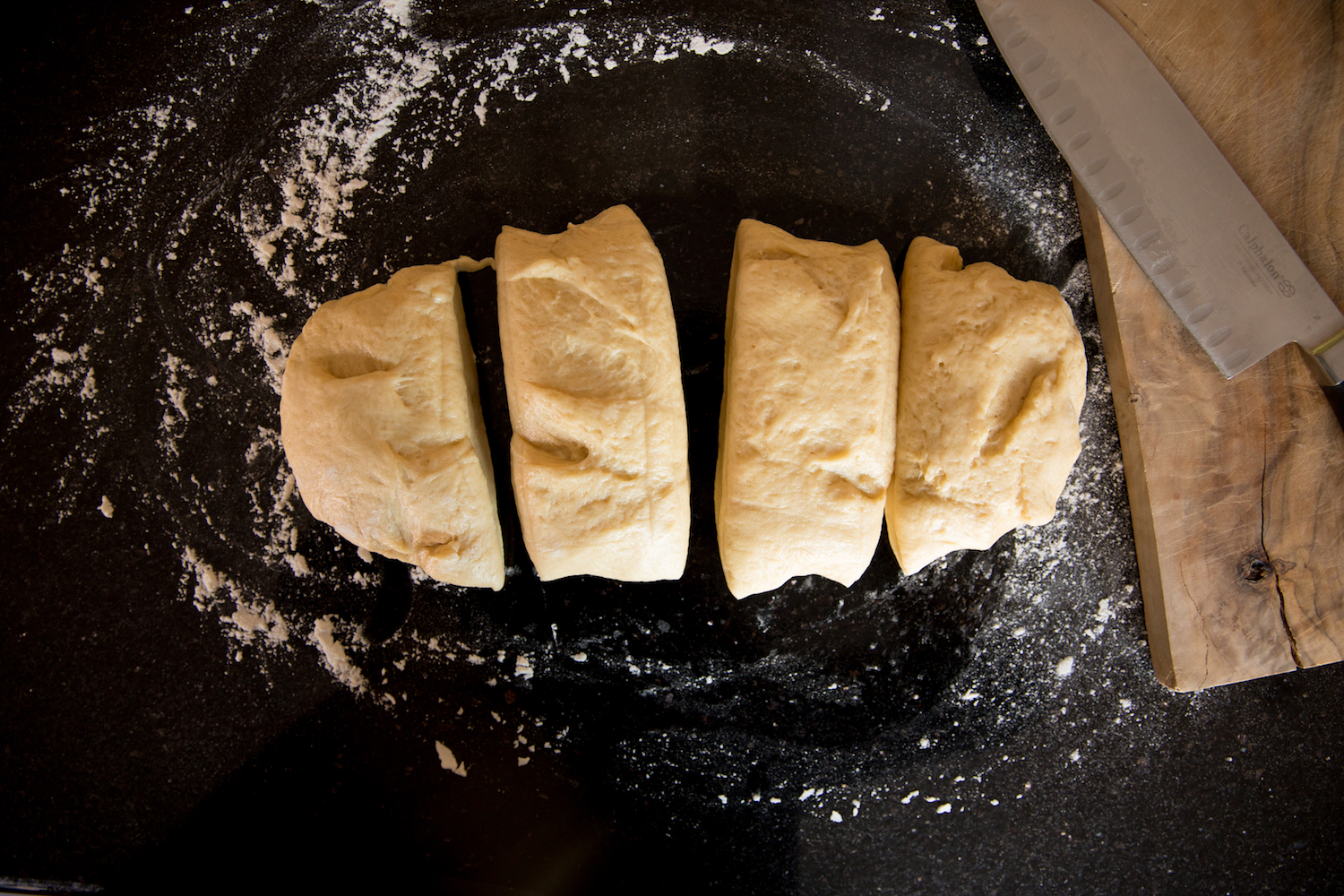 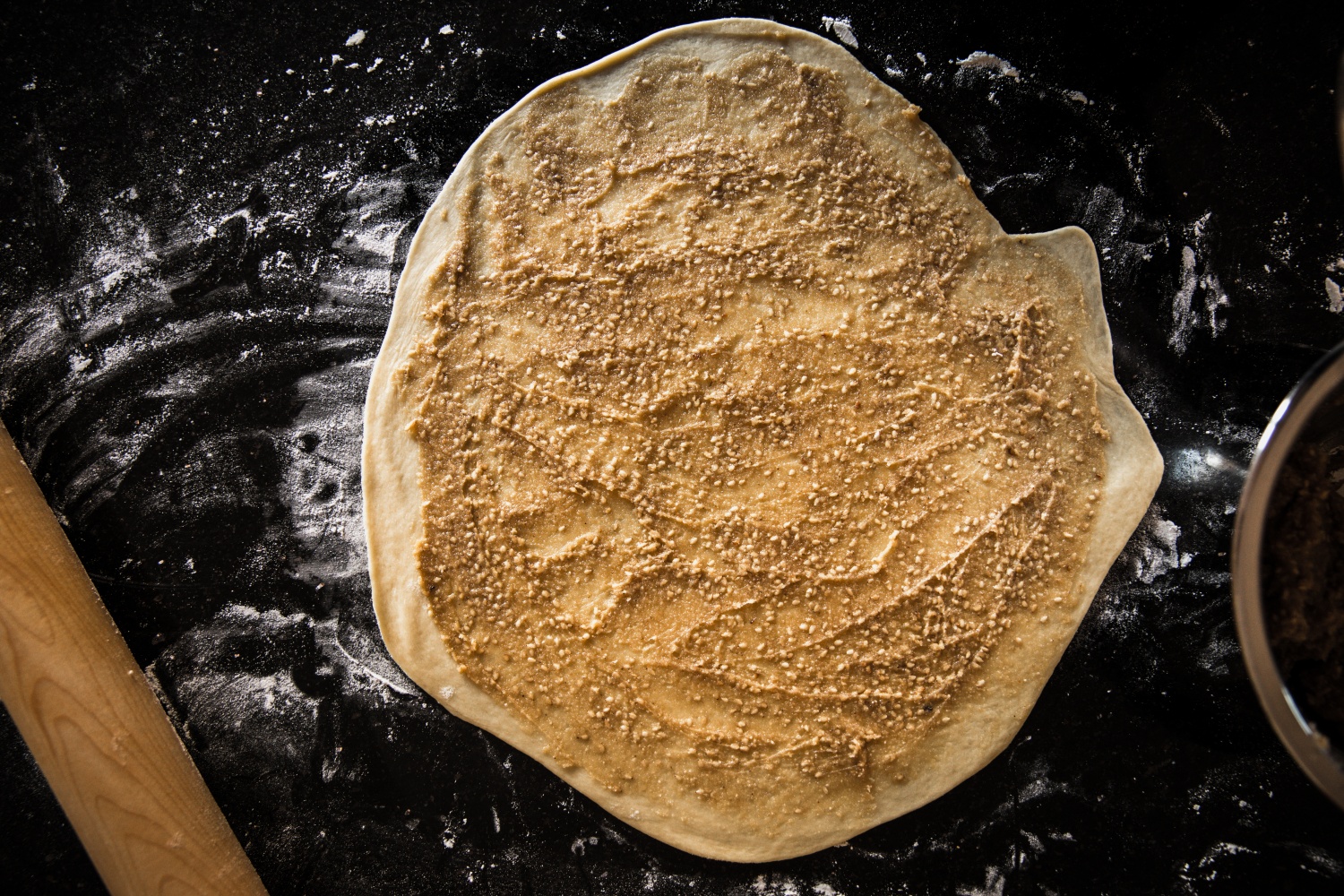 2. Take about a quarter of the filling and spread leaving about half an inch on the edge 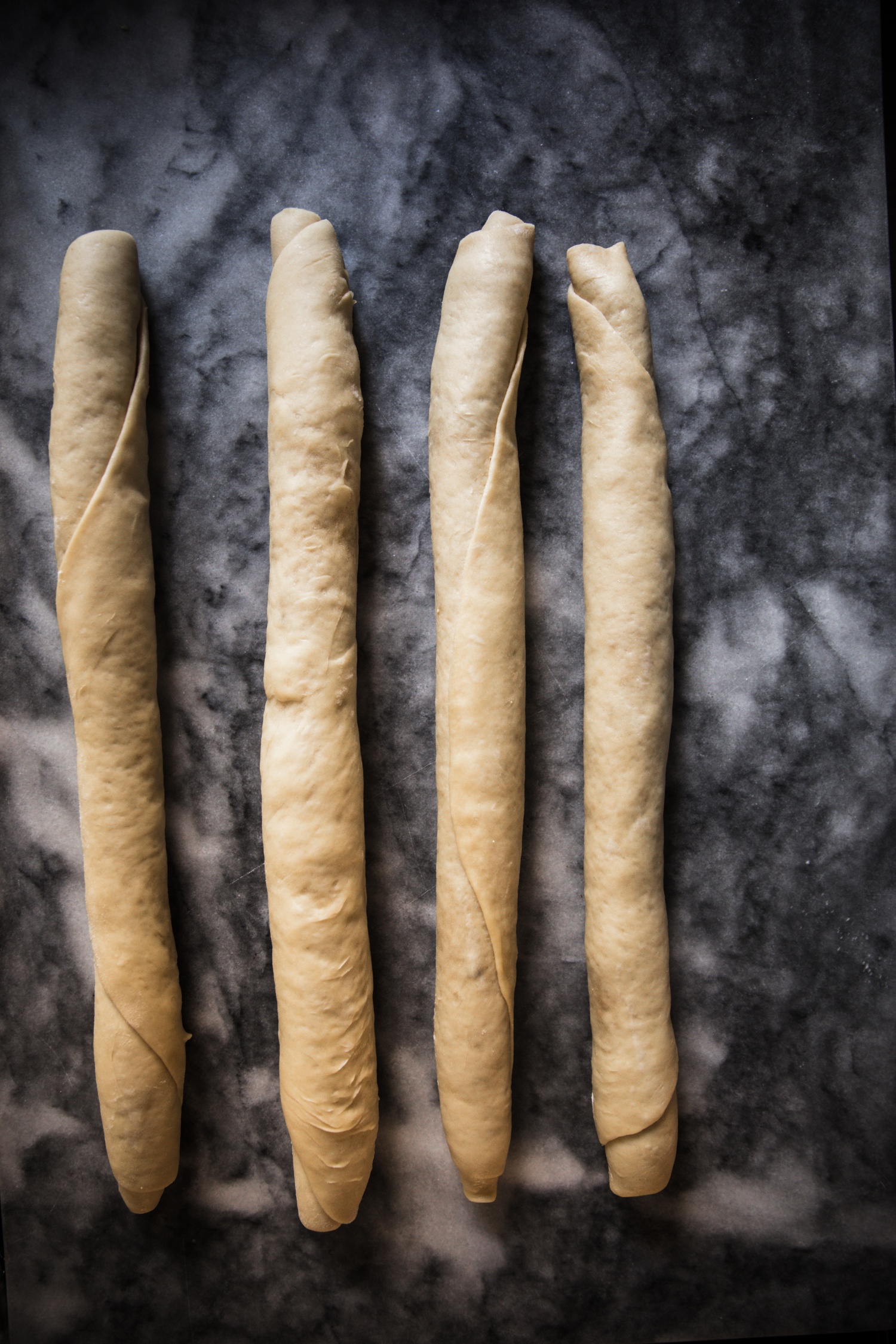 3. Roll up nice and tight 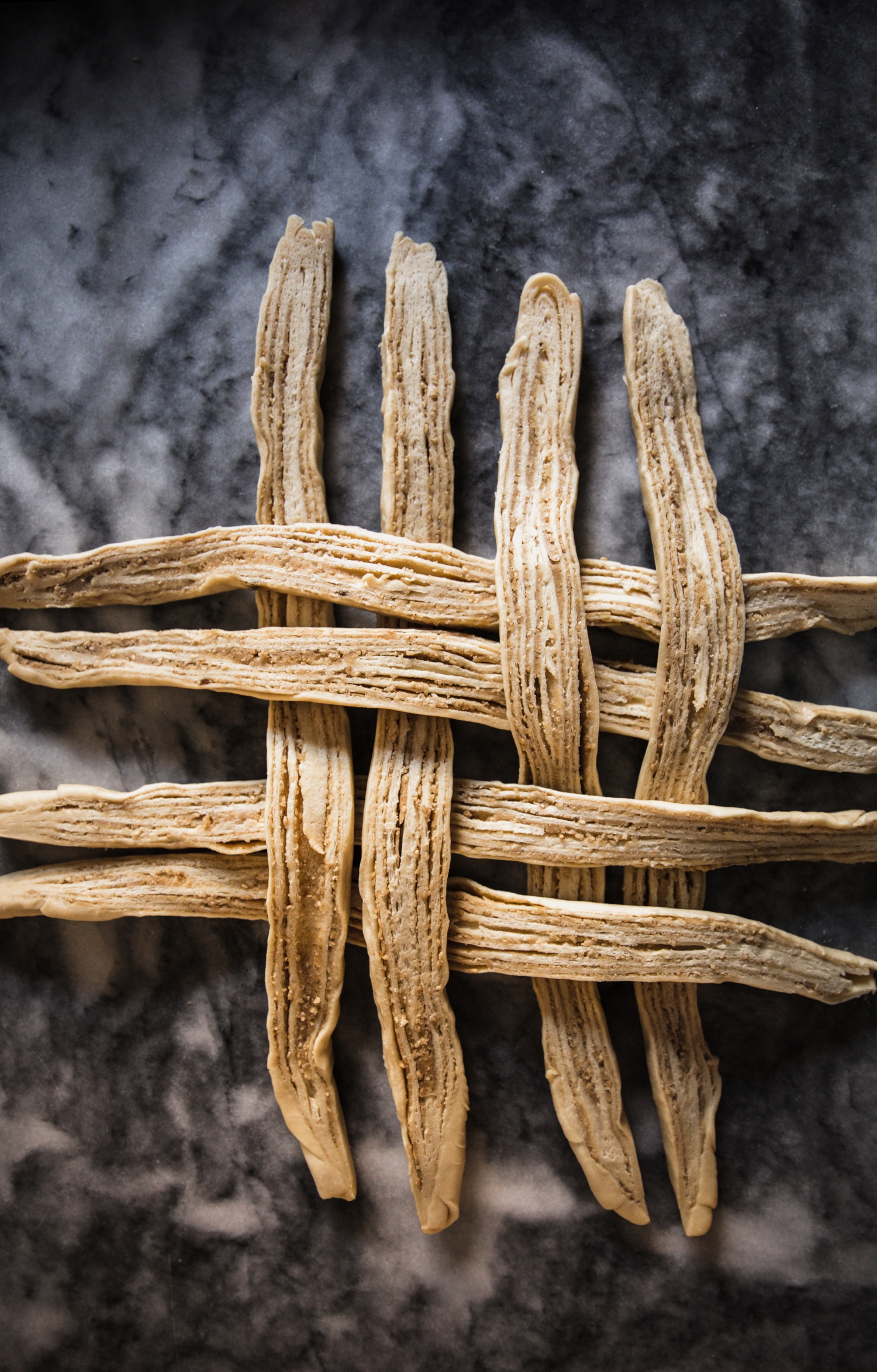 4.With a sharp serrated knife, cut the rolls down the centre middle in half lengthwise. 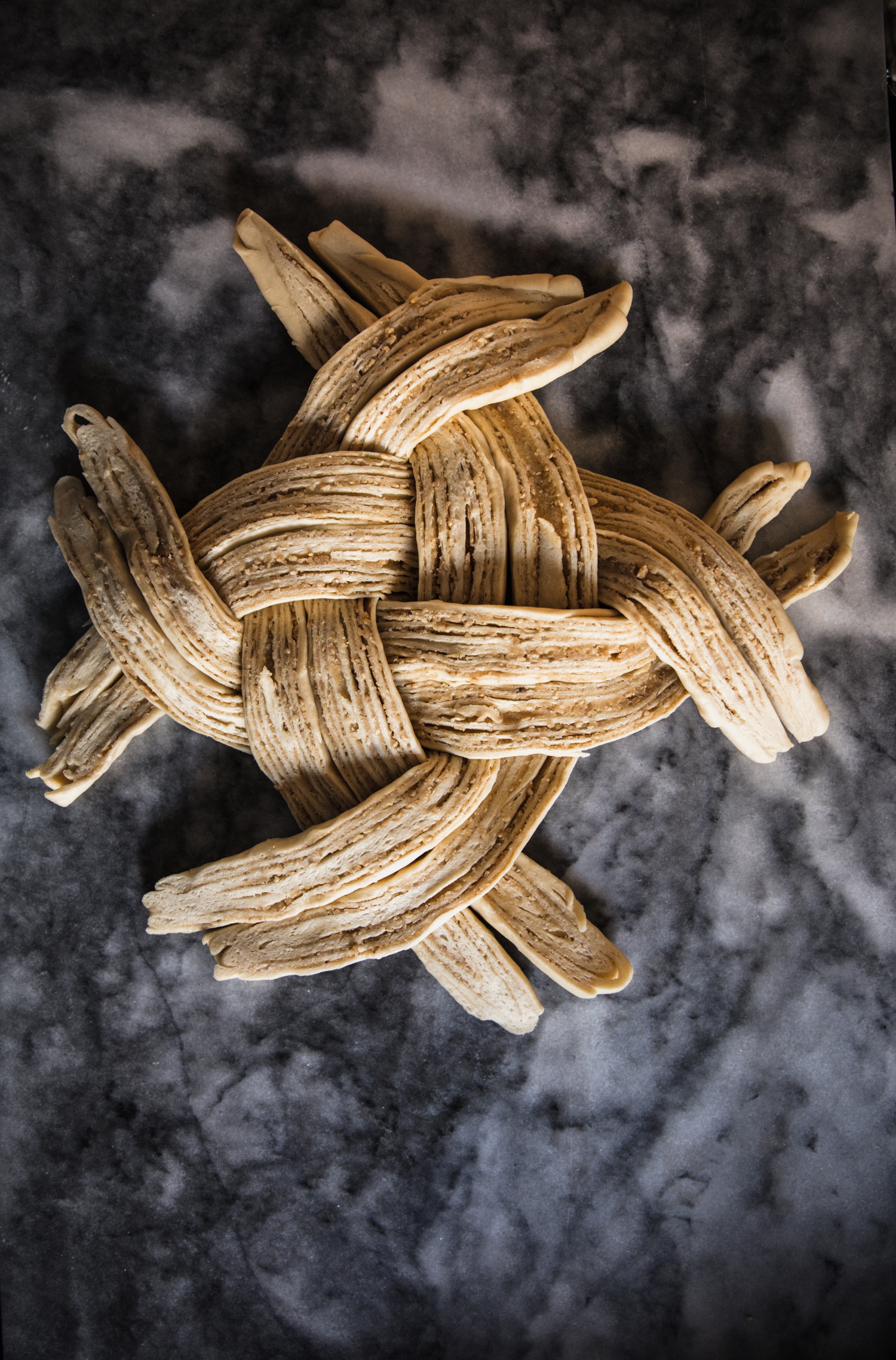 6.Overlap the tendril pairs so they are alternating with the overlaps 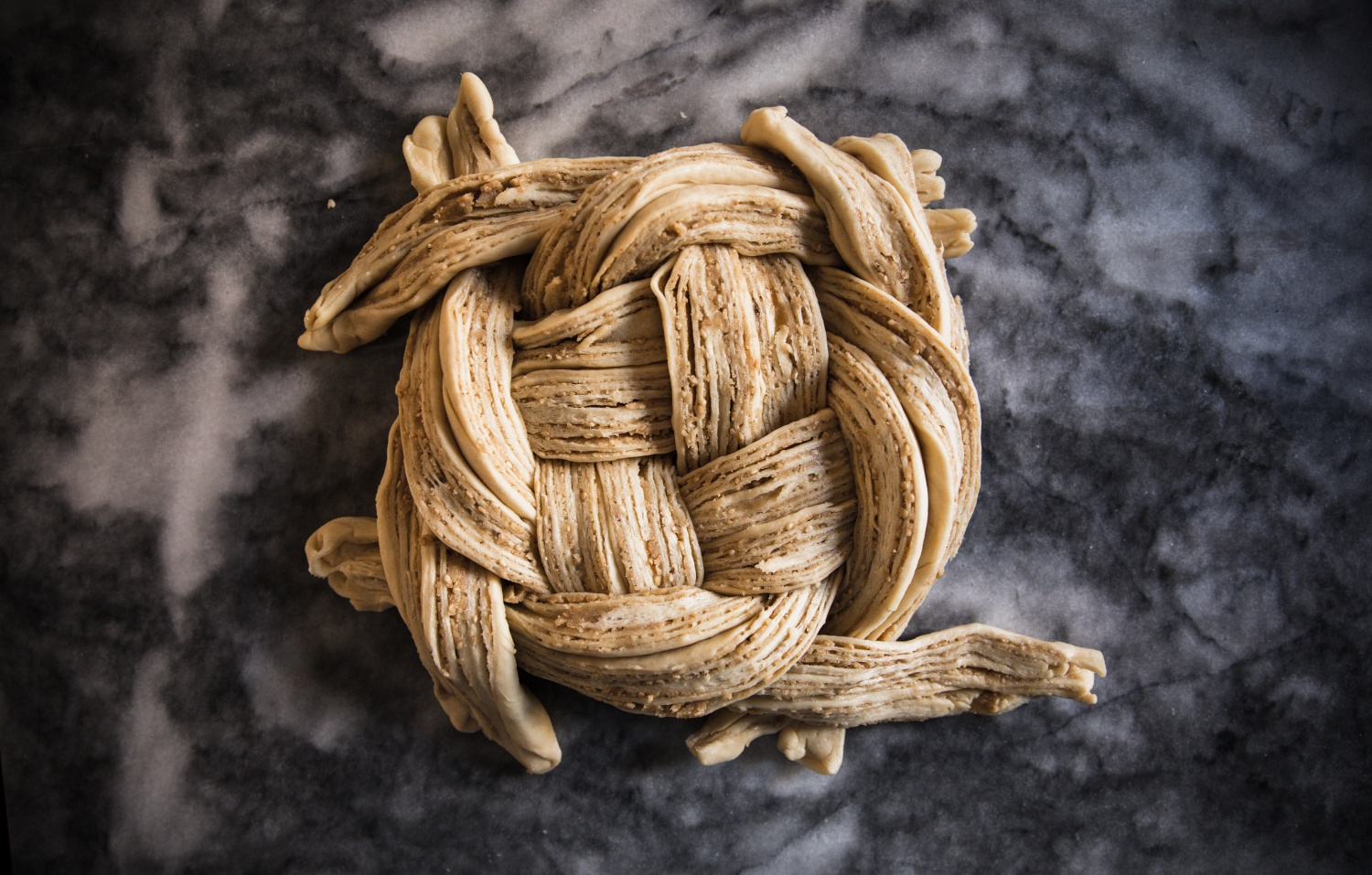 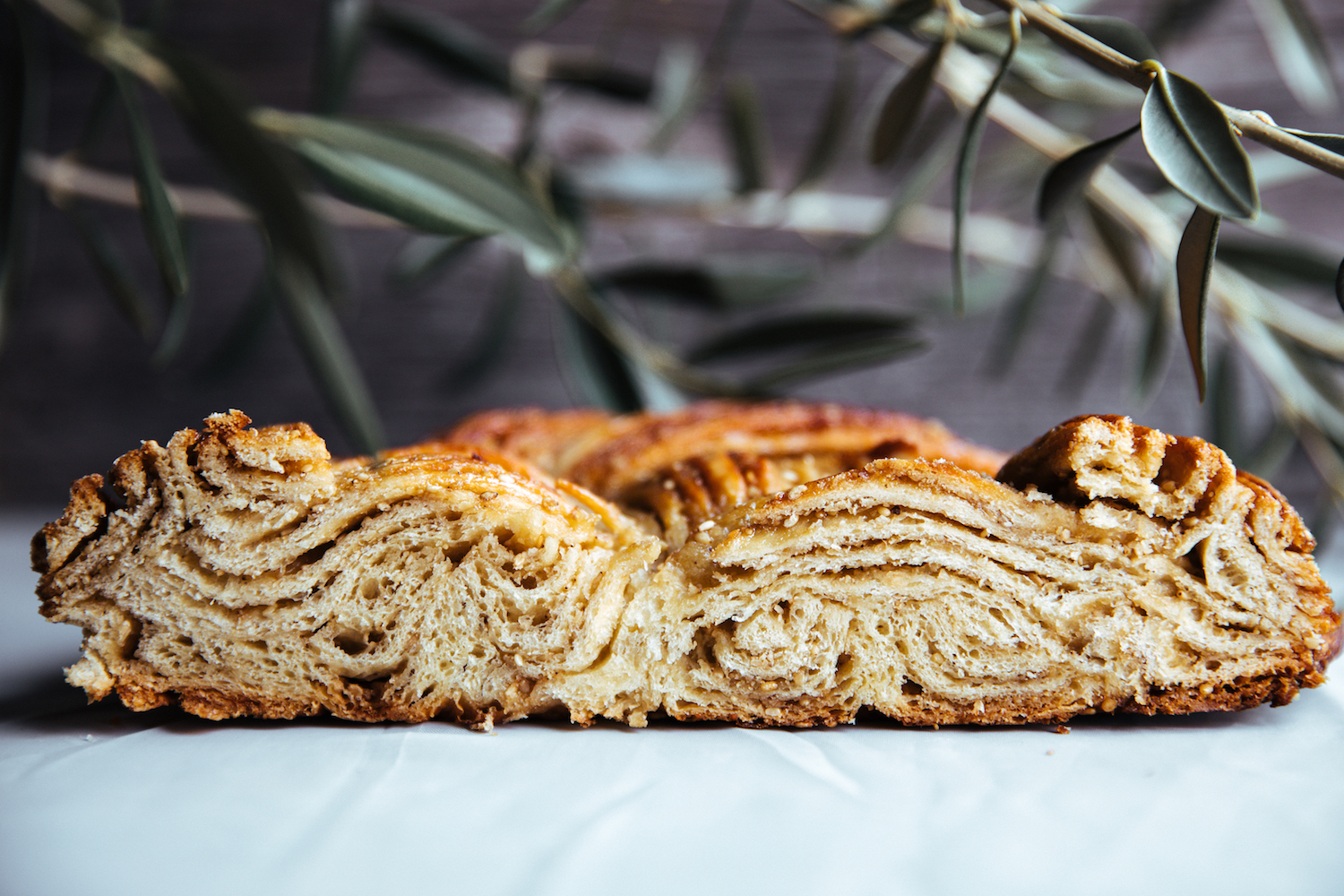 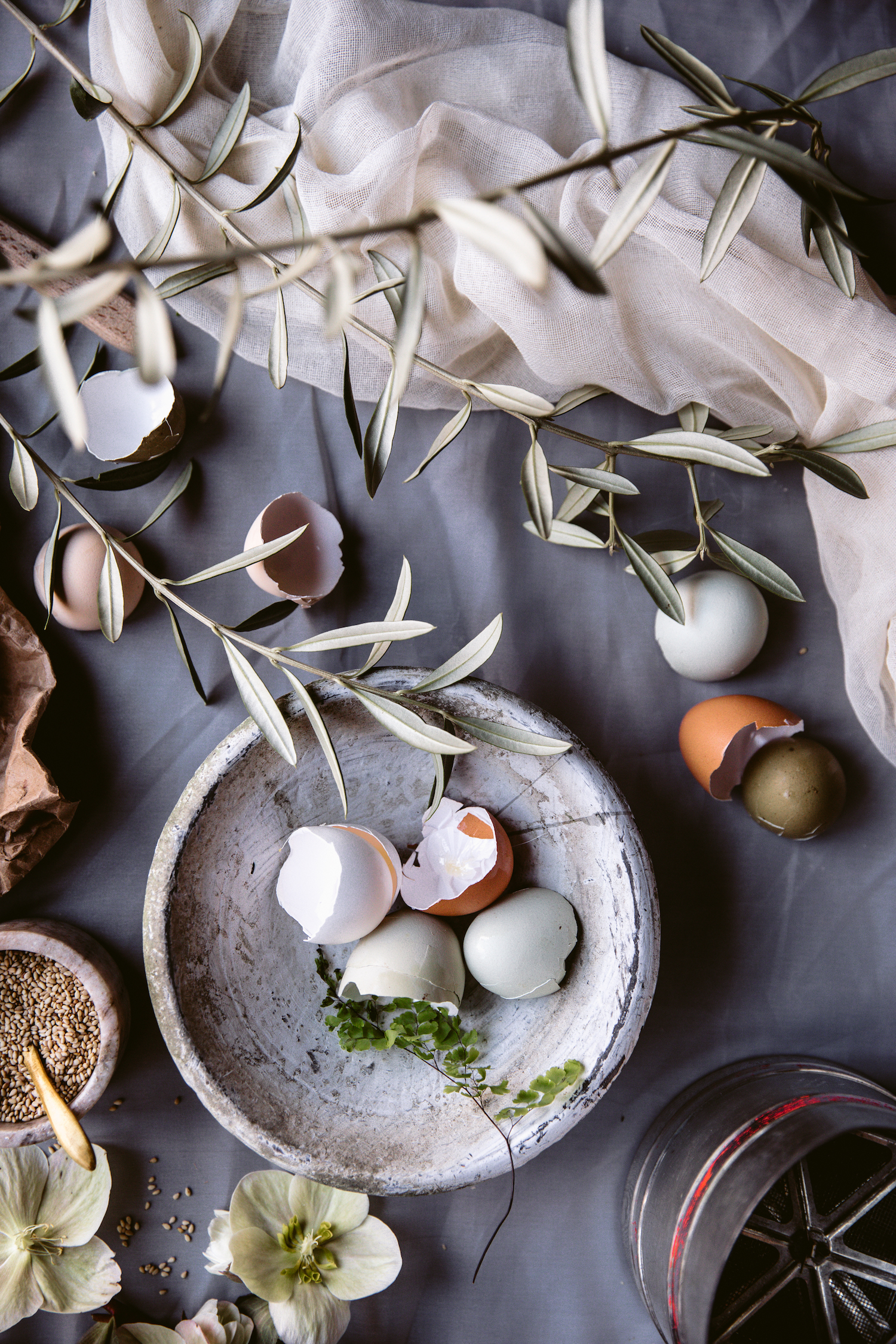