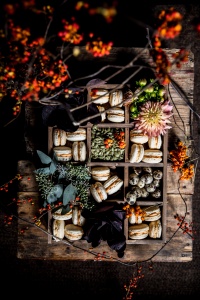 I only started baking macarons this year. I confess I was a bit late on the trend of eating and baking macarons. I felt I needed to master basic things such as pie crust and pâte à choux first before tackling macarons. If you’ve been following my baking journey, you’ll know I’m a self taught baker. No grandma or mum with old traditional baking recipes passed down. Kimchi, jigae, marinated meats and other korean scrummy dishes yes. So my food memories are a bit different from those caucasian friends around me. They involved spices and smells that that could awaken any hibernating bear in the dead of winter and have them running for cover. 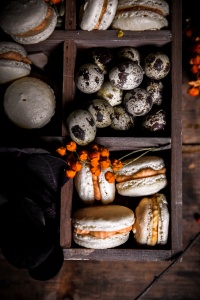 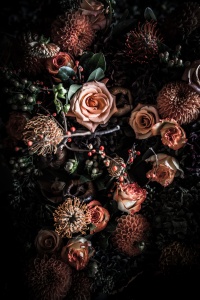 And so I write this whilst cupping my temples in embarrassment. But the very first macaron I ate was last year fall at a little macaron boutique not far from home. I was in a rush and decided to bring macarons for a dinner party rather than wine. I remember thinking to myself as I had done for many years,”Bet they’re just pretty but taste awful”. 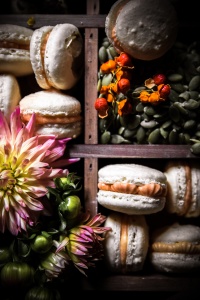 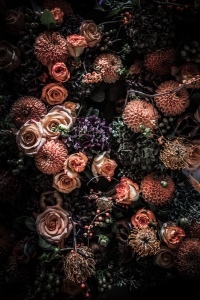 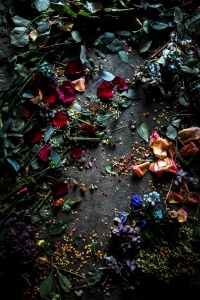 I was so pleasantly wrong. They’re made with almond meal as a base and laced with sugar and egg whites. Of course they’re not awful. They’re delicate, delectable, exquisite and the flavour possibilities are infinite. These pumpkin spice macarons are my autumn macarons as you cannot get more autumnal than pumpkin spice. In fact, I will make an effort to do a macaron flavour every season. 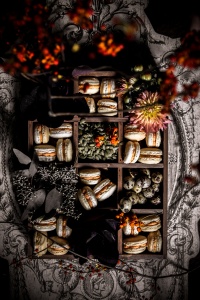 Moineau coaxing Pepper and Roxy with some snacks t

Hope you all had a joyous Christmas. I played Nint

Watch this quick video for a tutorial on the prope

#sponsored Want to impress your guests this holida

Anyone who’s been by my home this time of year,

Anyone know what this iconic structure is? Last w

STARS ARE FIRE A new line of candles by @tatineoff

Haven’t baked much for the past couple months. S

I’ve decided this year the holidays will be diff

Last month I had the pleasure of hosting a food st

#ad The best moments in life are those impromptu s

#partner These hands have made tens of thousands o

Is it snowing where you are? Dreaming of cake, tea

#ad Known for its flavour and intense CRUNCH, @Swe

Didn’t have time to make something clever with g

I like my cocktails on Monday. Snapped for @northw

Had multiple projects this weekend including recip

#ad For me, quality ingredients are essential for

Lovely Aimee @twiggstudios in June during the #rem